Imran Khan invites all his leading ladies to pre-wedding bash 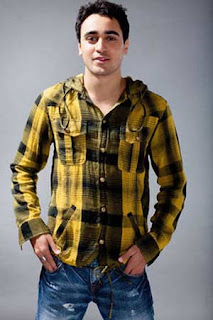 New Delhi, Jan 3 (IANS) Bollywood hearthrob Imran Khan is making sure all his female co-stars from Genelia D'Souza to Kareena Kapoor are present at his pre-wedding party Saturday in Mumbai.

Imran, who is tying the knot with his childhood sweetheart Avantika Malik Jan 10, is hosting a mehendi-cum-reception before his D-day and has invited all his friends from the industry to join the celebration.

"Imran wanted to invite all the actresses who starred with him to join in on the most important day of his life. And the actresses are making extra efforts to be part of his big day. The women are really going out of their way to be a part of it," said a statement by his publicist.

Katrina and Sonam, however, will be skipping the bash due to work commitments.

While Katrina is shooting with Imran for "Mere Brother Ki Dulhan" till Jan 6, Sonam is flying out to start shooting for "Thank You".
Posted by Indiblogs at 12:40 PM