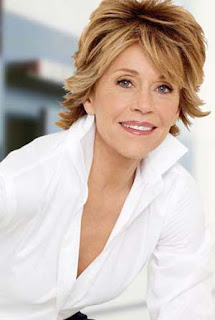 The 73-year-old actress, who has daughter Vanessa, 42, with her first husband Roger Vadim, and a son, Troy, 37, with activist Tom Hayden, couldn't spend much time with her children as she was too busy in her anti-Vietnam War efforts.

"I don't think I taught them much. I don't think I was that good of a mother. But I did always tell them the truth and I hope they can always learn from my mistakes," aceshowbiz.com quoted her as saying.

The actress now treasures the close bond with her grandchildren as she feels they have given her a "second chance" to repair her relationship with her kids.

"That's what's so great about being a grandmother - it gives you a second chance," she said.
Posted by Indiblogs at 11:20 AM