Mel B says she can't stop talking about sex 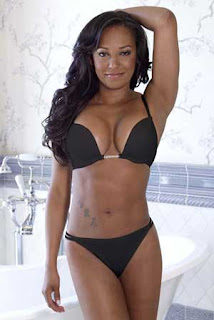 London, Jan 1 (IANS) Former Spice Girl Mel B says she is worried married people think she's "a pervert" because she talks about her sex life a lot.

"We have lots of sex, we raise our kids very well and Stephen cooks dinner every night for the whole family - life's good," contactmusic.com quoted her as saying.

"Everybody has sex, especially if you're married. I don't know if married people will be inspired by me though - they might just think I'm a pervert."

Mel who raises her daughters Phoenix and Angel from previous relationships also revealed she thinks having sex is a good way to keep fit.

"I think any kind of sexual activity is a bit of a workout if you do it right. We have good communication with each other and I never fake it," she said.
Posted by Indiblogs at 10:48 AM

Email ThisBlogThis!Share to TwitterShare to FacebookShare to Pinterest
Labels: Hollywood, Mel B