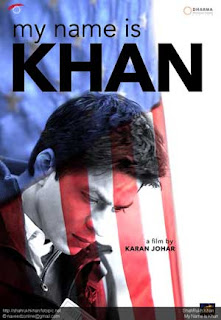 Shah Rukh and Salman are competing with each other for the best actor trophy and both the movies will also vie for best film honour.

Other actors competing for the best actor gong are Ajay Devgn ("Once Upon A Time In Mumbaai"), Hrithik Roshan ("Guzaarish"), and Ranbir Kapoor ("Raajneeti").

In the best film category other nominations are "Raajneeti", "Once Upon A Time In Mumbaai", "Band Baaja Baaraat" and "Ishqiya".

"Dabangg" is also nominated for best dialogue for Abhinav Singh Kashyap and Dilip Shukla; best choreography for Farah Khan for "Munni Badnam" and Mamta Shrama has got the best female singer nomination for the same song; best music for Sajid-Wajid; best lyrics for Faiz Anwar for the song "Tere mast mast do nain" and for the same Rahat Fateh Ali Khan has got best male singer nomination; best performance in a negative role for Sonu Sood.

In the best female singer category Sunidhi Chauhan has got two nominations for the hit song "Sheila Ki Jawaani" ("Tees Maar Khan") and "Ainvayi Ainvayi" ("Band Baaja Baaraat"). Others vying for best singer trophy are Tulsi Kumar for "Tum jo aaye" ("Once Upon A Time In Mumbaai") and Sona Mahapatra and Shreya Ghoshal for "Bahara ("I Hate Luv Storys").

Newcomer Anushka Sharma is competing with Kajol in best actress category for her role in "Band Baaja Baaraat", Kareena Kapoor for "Golmaal 3", Vidya Balan for "Ishqiya" and Aishwarya Rai for "Guzaarish".

The nominations for best director include Prakash Jha for "Raajneeti", Milan Luthria "Once Upon a Time in Mumbaai", Dibakar Banerjee for "Love Sex Aur Dhoka" and Sanjay Leela Bhansali for "Guzaarish".

"The Indian Film industry has had a thrilling past year with the likes of both small and big budget films reigning equally at the box office. It is very thrilling to watch varied movies like 'Once Upon A Time In Mumbaai', 'Dabaang', 'Peepli Live', 'My Name is Khan', 'Love Sex Aur Dhoka', 'Golmaal 3', 'Ishqiya', 'Guzaarish' and 'Tere Bin Laden'," Ramesh Sippy, president of Film & Television Producers Guild of India said in a statement.

"All these films have done very well and I anticipate that the producers would have a tough time deciding a winner. Bollywood's golden era has arrived," he added.
Posted by Indiblogs at 11:13 AM

Email ThisBlogThis!Share to TwitterShare to FacebookShare to Pinterest
Labels: bollywood, My Name Is Khan