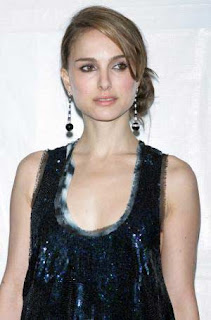 London, Jan 8 (IANS) Actress Natalie Portman says she had an exhausting regime during the shooting of "Black Swan" when she hardly had time to eat.

"It was more difficult than anything I've ever experienced before. I like to go home and be myself but with this one I didn't get the chance. It didn't leave me." thesun.co.uk quoted Portman as saying.

"I was barely eating, I was working 16 hours a day. I was almost method acting without intending to. I do wonder now how people can do this kind of role when they have a family," she added.

The 29-year-old actress Portman lost 9 kg for the role, spent up to eight hours a day in dance rehearsals, and had even dislocated a rib during the shoot.
Posted by Indiblogs at 11:20 AM