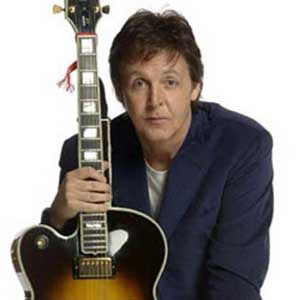 The Beatles legend has been approached to perform at Buckingham Palace after William and Kate's April 29 nuptials because the couple believe his music has universal appeal, reports femalefirst.co.uk.

"William and Kate have chosen their wedding list and Paul McCartney is their number one choice to perform," said a source. "They can't think of anyone more perfect to kick off proceedings."

McCartney, 68, is said to have confided in pals that he feels "privileged" after receiving the invitation a few weeks ago.
Posted by Indiblogs at 11:04 AM