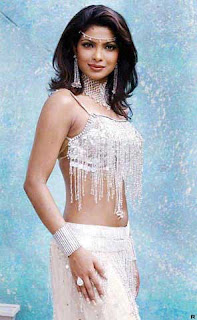 Mumbai, Jan 5 (IANS) Durban is in for some real Bollywood flavour when stars like Shah Rukh Khan, Shahid Kapoor and Priyanka Chopra will groove to their hit numbers Sunday at an event to celebrate 150 years of India-South Africa friendship.

The concert, which promises to bring together the world of cricket and entertainment on a common platform, will be hosted by actor Anil Kapoor.

This friendship concert is an initiative by AAMEDIA, a South African corporate, and Cricket South Africa. It is being directed and executed by Wizcraft International Entertainment and Cineyug Productions.

"Wizcraft has had a very warm and welcoming relationship with South Africa. The second IIFA Weekend and Awards were held in Sun City in 2001 and we returned for the fourth edition of the same in 2003 in Johannesburg forging a strong relationship between the two countries," Wizcraft director Sabbas Joseph said in a statement.

"The hospitality extended to us was touching and overwhelming. South Africa holds a big place in our hearts," he said.

"We have made new friends and fond memories and now an opportunity to come back and produce a concert in Durban. Celebrating Indian cinema and cricket is truly a privilege," he added.

The event will be held in commemoration of the arrival of the first Indian labourers in 1860 to work on the sugarcane plantations in South Africa.

Wizcraft is looking at many other events in 2011. It is set to produce a concert for the ICC Cricket World Cup 2011 in Sri Lanka and also has been selected to execute the opening ceremony of the event to be co-hosted by Bangladesh, India and Sri Lanka.

It will also produce the 6th Apsara Film & Television Producers Guild Awards Jan 11.
Posted by Indiblogs at 11:30 AM