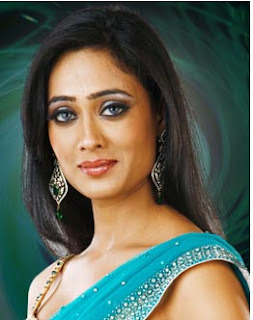 Lonavala, Jan 8 (IANS) Popular TV actress Shweta Tiwari Saturday walked away with the crown of "Bigg Boss 4" and the prize money of Rs.1 crore at a grand finale here after her dignified and balanced behaviour for 14 weeks in the house. She is the first woman to win the show.

An overwhelmed and emotional Shweta, dressed in a fuschia-coloured sari, burst into tears after seeing her daughter and mother when she came on to the stage.

"I have won because of your love. I am very happy," she said to the audience after being announced the winner.

The actress, once regarded as small screen's favourite bahu (daughter-in-law) after she gained fame with "Kasautii Zindagii Kay", pipped finalists WWE wrestler The Great Khali, actor Ashmit Patel and Dolly Bindra who is infamous for her bizarre behavior, to win the reality show.

Though the decision was based on viewers' votes, Shweta's inmates like Samir Soni, Manoj Tiwari and Aanchal Kumar felt she was most deserving owing to her patience in dealing with the verbal fights with loud mouthed co-participant Dolly, who walked away as the third runner up.

Khali was declared the first runner up and Ashmit the second runner-up.

Celebrity astrologer Bejan Daruwalla, who came on the show, predicted that either Shweta or Dolly will win.

All three runners-up took home a bike each, while actor-model Sameer Soni received a Chevrolet Cruze as a special prize for being the boldest and most stylish participant of this season.

"Bigg Boss 4" started with 14 contestants, and had two wild card entries in subsequent weeks, with a three-day guest appearance by Hollywood actress Pamela Anderson. The show was quite full of controversies throughout its run, but kept the audience entertained.
Posted by Indiblogs at 11:16 AM