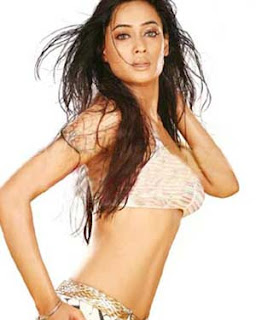 New Delhi, Jan 8 (IANS) After raising far too many eyebrows along its 14-week run, "Bigg Boss 4" has ended. With over-the-top cat fights, verbal abuse galore, a much publicised wedding, and romance that was often too intimate for viewers' comfort, the season did in a way live up to its promise of being bigger. But was it better?

Season four saw incessant verbal abuses hurled over trivial matters, a sensation caused by the televised wedding of participant, actress Sara Khan with her beau Ali Merchant, and then the government hauling it up for "offending good taste".

Others who participated in the competition of survival in a secluded house without any communication with the outside world, were Bhojpuri superstar Manoj Tiwari, model-turned-actor Sameer Soni and model Hrishant Goswami, later joined by WWE wrestler, The Great Khali and subsequently by the boisterous Dolly Bindra.

Hollywood bombshell Pamela Anderson was flown in to raise the mercury level as a special guest for three days on the already heated show!

This season courted quite a few controversies and troubles - starting Day 1 with Superchor Bunty's ouster following unruly behaviour in the house. Then followed objections by the Shiv Sena and Maharashtra Navnirman Sena (MNS) against inclusion of Pakistani celebrities on the show.

The entry of The Great Khali, whose humungous size of 7'1 and heavy voice, sent jitters down the spine of other contestants. The atmosphere in the "Bigg Boss 4" house was quite calm, cool and friendly until Dolly Bindra made a wildcard entry, and shook the atmosphere with her loud and overbearing nature.

Abuses, fights and melodrama became a way of life after Dolly and Shweta began to settle personal scores violently. The fights got others like Ashmit, Sameer, Khali, Veena, Sara and Manoj involved too. In fact, Sameer and Dolly were asked to leave the show for their bad behaviour, only to return a few days later.

Where illwill was flourishing between many, romance was also in full bloom with Rahul-Aanchal's silent chemistry, Veena's one-sided attraction for Hrishant as well as Ashmit and Sara's growing closeness there for the public to see.

The Ashmit-Sara angle didn't last long - how could it when her long time beau Ali Merchant entered the show and proposed marriage to her. The two were set to say 'kabool hai' on national TV - but even that was replete with controversy.

The show was in a mess as the Sara-Ali love story took an ugly twist when Sara's family claimed that both Sara and Ali were already married, and a petition was filed in court against them for cheating the public.

Then the information and broadcasting ministry stepped in. The ministry sent a notice to Colors for "offending good taste" and for the use of vulgar language in the show, and even went to the extent of asking it to shift the telecast time after 11 p.m.

Meanwhile, love was brewing elsewhere too - Veena changed loyalties and shifted focus to Ashmit, who willingly reciprocated. The two cosied up under a blanket, kissed and hugged each other often and shared sweet nothings, until Veena had to bid goodbye to the show.

But it was Shweta who finally emerged the winner and walked away with the trophy and a cash prize of Rs.1 crore at a befitting, star-studded finale.

All in all, a controversial - yet entertaining season of "Bigg Boss"!
Posted by Indiblogs at 11:01 AM