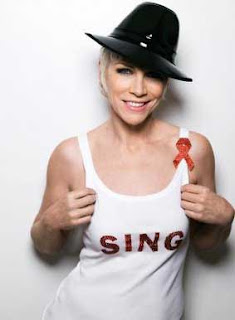 Los Angeles, Dec 31 (IANS) Singer Annie Lennox will be honoured with the Order of the British Empire (OBE) medal in Queen Elizabeth II's New Year's Honors list for her charity work for AIDS.

"Therefore, I take this as more of an appreciation for the gentle turning of the years for someone who's enormously grateful for being able to breathe more or less freely in a totally insane world.

"In any case, whatever powers-that-be have deemed me worthy of such a recognition, I'm getting my fake leopard pillbox hat dusted and ready (for a meeting with the Queen)," she added.
Posted by Indiblogs at 10:56 AM