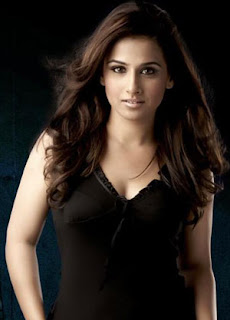 New Delhi, Jan 4 (IANS) Vidya Balan has discovered a new side to Delhi. During her extensive shoot in the capital for "No One Killed Jessica", the Bollywood star walked through crowded streets and markets, even in old Delhi, and was quite surprised to find that people did not stop to watch the shooting. Delhiwallahs are as busy as Mumbaikars, the actress said.

"I always thought Delhi was a bit more relaxed than Mumbai where nobody walks aaram se (in a relaxed way). But through my walks in Delhi during the shoot of 'No One Killed Jessica', I realised that people don't have time to look at you. Life is as fast-paced here as in Mumbai," Vidya told IANS.

The 32-year-old essays the role of Sabrina Lall in the film, based on the murder case of model Jessica Lall, who was shot dead by Manu Sharma in 1999. For many scenes, Vidya had to shoot in perennially crowded areas like Connaught Place and Bhikaji Cama Place in the capital, but says she was surprised that no one waited to see the shooting, unlike earlier times.

"I give complete leeway to the fact that I was dressed differently - very plain and simply. I saw a mad rush of people in CP and Bhikaji Cama, but people didn't have time to stop and look at us. I had always heard that Mumbai is more used to stars and Delhi isn't used to stars, but even here, no one cared! This is one new side of Delhi that I got to explore," she added.

Vidya spent a-month-and-a-half shooting in Delhi for the Rajkumar Gupta film, and says the experience was heart-warming. The film releases Friday.

"I actually walked through the streets of Delhi for the film. It's been a different and heart-warming experience because it wasn't like just shooting in one location. I had to walk through streets wearing absolutely plain clothes and shoot with hidden cameras to look like one of the people in the crowd.

"I won't be able to specify the streets I traversed, but I know I have been through both - Puraani Dilli and New Delhi. I have really explored Delhi like I could never have done alone and I don't think any Delhiite has explored Delhi the way I did during this shoot," she said, sounding overwhelmed.

The actress who hails from Tamil Nadu loves Delhi's winter.

"It always feels so good to be back in Delhi, especially at this time of the year. It's so charming... we don't have this kind of weather in Mumbai. The streets are so much calmer during these days than the rest of the year. So I really like it."
Posted by Indiblogs at 11:58 AM