Will Salman Khan be the host of 'Bigg Boss 5'? 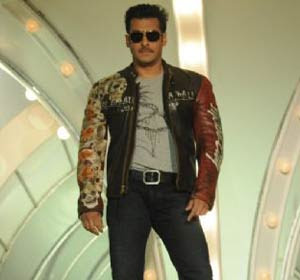 Lonavala, Jan 8 (IANS) The fifth season of reality show "Bigg Boss" is not even in talks yet, but celebrity astrologer Bejan Daruwalla has already predicted that Bollywood star Salman Khan has a lot of chances to host it.

Age-defying 79-year-old Daruwalla came for the finale of the "Bigg Boss 4", dressed in a red kurta and cream pyjamas. He was in his true spirits as he danced and cracked jokes.

When the show host, Salman asked him who will win the show, Daruwalla said: "I see there is a tough competition between Shweta Tiwari and Dolly Bindra."

Then he laughed and quickly added: "But I can see that you (Salman) will host the next season as well."

One wonders if the prediction turns out to be true, especially because no host has ever been repeated in the past seasons of "Bigg Boss". Actor Arshad Warsi was the first to host the reality show in 2007, followed by "Celebrity Big Brother" winner and actress Shilpa Shetty who hosted the second season in 2008. For the third season in 2009, Bollywood megastar Amitabh Bachchan was roped in.
Posted by Indiblogs at 11:12 AM