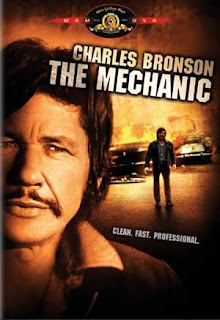 There is a crisis of sorts in Hollywood. Even when it picks up a decent action thriller of the past and hires a good director, it fails to deliver a good action film. The case in point is "The Mechanic", which at best is decent and in need of a major overhaul.

A loner and extremely efficient hit man decides to train the son of his ex-mentor, who he had himself killed. When the trainee finds out the truth, he wants his piece of vengeance.

The problem with the film is that it misses out on what could have been its most exciting part. A professional hitman efficiently killing someone is not new. However, the cat and mouse game between two hitmen out to get each other would have definitely made a better pulp film than what we have right now.

Sadly, that portion is over in the end in a jiffy.

Instead, it ends up becoming a very low grade pulp fiction, whose only saving grace comes from decent action sequences and restrained performances from its team of actors. And that is indeed enough for most viewers.

Yet, like many other pulp films, this one too reeks of missed opportunities. It could easily have been a statement on the misuse of authority, or of the uneasy bond between two hitmen, of honour between two seemingly dishonourable men. Instead, it becomes merely a vengeance story. Even that would have been great, had the vengeance been brought up a little earlier.

Somewhere in between the crash-boom-bang is hidden a film that could also have had an atmosphere, like the original 1970's film. Thus, if you want, verve, style and character, watch the original on which this one is based.

If you want loads of sex, drugs and action, watch the 2011 version. Of course, the Indian censors have cut the sex scenes.
Posted by Indiblogs at 11:01 AM