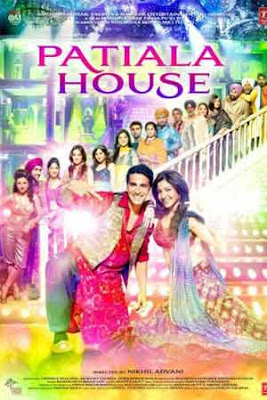 New Delhi, Feb 7 (IANS) After a disappointing last year when most of his films saw a bearish turn at the box-office, Bollywood actor Akshay Kumar is hoping that his first release of the year, cricket based family-drama "Patiala House", witnesses a bullish trend in the movie business. The film is releasing Friday.

Directed by Nikhil Advani and jointly produced and distributed by Hari Om Productions, T-series and People Tree Films Credence Motion Pictures, "Patiala House" shows how difficult it is for a Sikh boy, played by Akshay, in a patriarchal set up to fulfill his dreams.

And as they say behind every successful man there is a woman and something similar happens to this boy after he meets a girl, Anushka Sharma, who gives him the strength to stand up for what he believes in.

The story revolves around the Kahlon family, who has been living in Southall, London for the past four generations. It is ruled by autocratic and stubborn Bauji played by Rishi.

Since he is the head of the family, others have no choice but to adhere to what he says. Scarred by a racial incident that took place 20 years ago, which led to the murder of his mentor and guardian Saini, Bauji hates the British and everything that the country and its people stood for.

The dilemma, however, is that his son Parghat Singh Kahlon aka Gattu (Akshay) wants to be a cricketer and play for the British cricket team. But Gattu doesn't have the courage to stand up to his father therefore drops the idea.

Then enters Simran (Anushka) in Gattu's life and brings in both courage and hope to fulfil his long cherished dream.

Made with an approximate budget of Rs.21 crore, the film has been shot in Mumbai and places like Southall, Middlesex, Trent Bridge, Nottingham and Nottinghamshire.

Post "Singh Is Kinng" Akshay's only hit has been "Housefull". So, the star is banking heavily on this film to give him a hit after a string of duds last year - "Tees Maar Khan", "Action Replayy" and "Khatta Meetha".

"Angel", a love story between a boy and a handicapped girl, is the debut movie of Sanjay Dutt's nephew Nilesh Sahay and actress Sheila Sharma's daughter Madalta.

"Ashiqui.in" will also introduce new faces Ishaan Manhas and Ankita Shrivastava. The film is about two people - Cyrus and April - who chat online and become closer without revealing their true identities.
Posted by Indiblogs at 10:34 AM