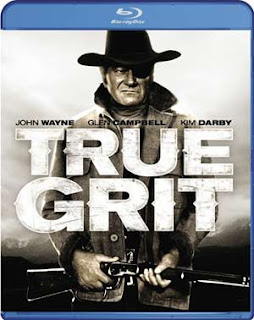 It is always disappointing when despite a rich source in literature and a former film to pick from, a movie misses out the point of the story. The Coen Brothers, who have given some delightful and strong films in the past, completely lose their way in "True Grit". But for some strong performances, this film with excessive dialogues, falls flat.

The story is about 14-year-old Mattie (Hailee Steinfeld), who is thirsting for vengeance after her father is shot dead in cold blood by Tom Chaney (Josh Borlin). She hires a down-on-his-luck Marshal Cogburn (Jeff Bridges) to hunt the man down. LaBoeuf (Matt Damon) joins him. An uneasy relationship develops between the three as they move towards their uncertain goal.

The strength of the book, and the original film, was the grit of the young girl despite the innocence of her youth and her status as a female at a time when women were not expected to be strong. John Ford's original film of the same name, that won John Wayne an Oscar, brought that out. This film completely falls flat on that front.

Another important strength of the John Ford film was the chase, where the tension is built up every moment. In this film, besides the ending, it almost seems like a walk in the park for the trio. Also, the decision not to show the story of the girl, her father and their strong bonding, weakens the plot.

Hence, the audience is left wondering about the motivation of the girl. It is referred to via dialogues, but in doing so, the film fails the fundamental rule of good art - show, don't tell.

Also, the original became a statement of a time where women were not considered equal to men and hence was an important and feminist film. This version chooses to sideline that aspect completely to focus on the relationship between the three people.

"True Grit" thus merely ends up becoming a showcase for the talents of Jeff Bridges, something that we all know and was not really required. And even though the film or Bridges might win an Oscar, it will still remain the tomb of many missed opportunities and one of the weakest film in the Coen Brothers' portfolio.
Posted by Indiblogs at 10:40 AM