Treat yourself this Summer with 'Life is Good" 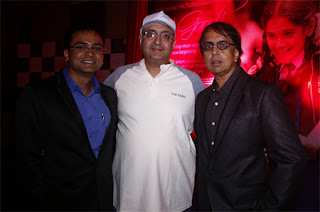 The subject of the film ‘Life is Good’ is inspired from few pages of famous Bengali writer Sujit Sen’s diary, where he talks about his niece. This film is ready to be released and is being directed by well known character artist and director Anant Mahadevan. In the film ‘Life is Good ‘we see Jackie Shroff playing the main lead. One must say that producer Anand Shukla has displayed immense amount of courage in having a film based on the well know writer Sujit Sen’s experiences. What made him take this up as a subject and what are his expectations from the film, let’s find answers to many such questions in this special chat with him:

What's is the soul of the movie? the subject

Life is Good is inspired from pages of the great writer Sujit Sen’s dairy, where he mentions about his niece.... Sujit Sen was no ordinary man, it was he who penned down movies like Arth , Sangharsh etc...

What would you call life's good- a commercial or a realistic film?

It is no doubt a film where the camera captures the real world as it is , but one cannot do away with the commercial bit altogether .Actually, it's been much of a challenge for me to synchronize the commercial with the real....but then that;s the beauty of the film.

The cast comprises of Jackie Shroff, Rajit Kapoor, Mohan Kapoor, Nakul Sahdev, Ankita shrivastava and others. Music has been scored by Abhishek Ray and Asha Bhosle, Shaan and Shreya Ghoshal has lent their voice to the film.

Honestly, i'm thrilled ....yes it's my first time but I assured no one in the crew felt they were working with a first timer. Indeed the cast and crew were pleased with arrangements and the entire process and professionalism with which things were handled on the sets. However, the real trophy was when the spot boy said with a smile"sir aapne poori team ka dhyaan diya"...i'm thrilled..

What do you want to say to the audience the success makers and breakers of box office?

True, a films destiny is totally dependent on the audience...you cannot dictate their choice ...but what you can do is give them meaningful entertainment. All I wish to say to the audience is don't be swayed by publicity gimmick. Distributors and financiers work on logic that it's only masala that sells... It's time to tell them that the audience is no fool , they want a take away from films...I assure the audience that Life's Good will be a complete value for money...watch it....enjoy it and in this way join me in my drive to make meaningful cinema worth a watch with family.

Posted by Indiblogs at 5:32 PM